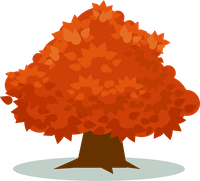 Find more examples in the Storybook

Play with the code on an example on CodeSandbox

Need a hand turning your flat data into nested tree data? Want to perform add/remove operations on the tree data without creating your own recursive function? Check out the helper functions exported from tree-data-utils.js.

Notable among the available functions:

Documentation for each method is only available in the code at this time. You can also refer to the tests for simple usage examples. If your hobbies happen to include writing documentation, by all means submit a pull request. It would really help out.

Using the theme prop along with an imported theme module, you can easily override the default appearance with another standard one.

Help Wanted - As the themes feature has just been enabled, there are very few (only two at the time of this writing) theme modules available. If you've customized the appearance of your tree to be especially cool or easy to use, I would be happy to feature it in this readme with a link to the Github repo and NPM page if you convert it to a theme. You can use my file explorer theme repo as a template to plug in your own stuff.

If it throws "TypeError: fn is not a function" errors in production

This issue may be related to an ongoing incompatibility between UglifyJS and Webpack's behavior. See an explanation at create-react-app#2376.

The simplest way to mitigate this issue is by adding comparisons: false to your Uglify config as seen here: https://github.com/facebookincubator/create-react-app/pull/2379/files

If it doesn't work with other components that use react-dnd

react-dnd only allows for one DragDropContext at a time (see: https://github.com/gaearon/react-dnd/issues/186). To get around this, you can import the context-less tree component via SortableTreeWithoutDndContext.

Please read the Code of Conduct.

After cloning the repository and running npm install inside, you can use the following commands to develop and build the project.