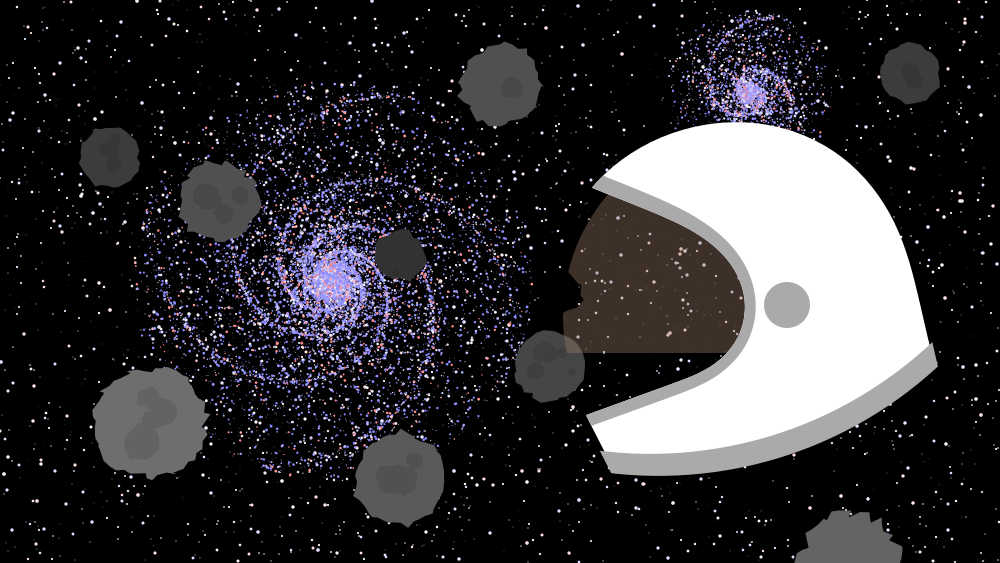 Create art and practical design such as the space scene above with descriptive Ruby code!

The companion tool for live design can be found here: fresh_vector_salad

VectorSalad has a number of features common to graphics tools, and some that are less common. It's still in development so may not have the breadth of features that established tools have, but it has enough to accomplish a range of graphical tasks.

As most computers come with Ruby installed I won't dwell on this, but a recent version (2.2) is required. It must also be MRI Ruby as C extensions are used.

Installing vector_salad and fresh_vector_salad is done simply by installing their corresponding gems. At the command line:

Save this document as gold_stars.rb, then it can be converted to SVG with the following command:

That will output the SVG, you probably want to save it to a file in a standard UNIX way:

The SVG file can then be viewed with most modern web browsers, image viewers, or rendered with Inkscape (I leave installing and using Inkscape to you). A more interactive way of compiling, rendering and viewing VectorSalad files is with the companion fresh_vector_salad command line tool. The following command reads a Ruby VectorSalad file, compiles and saves it to an SVG file of the same name, renders it using Inkscape (must be in your path) to a PNG image file of the same name, and finally displays the image. Note an absolute path must be provided here.

The window displayed looks as follows on OS X. 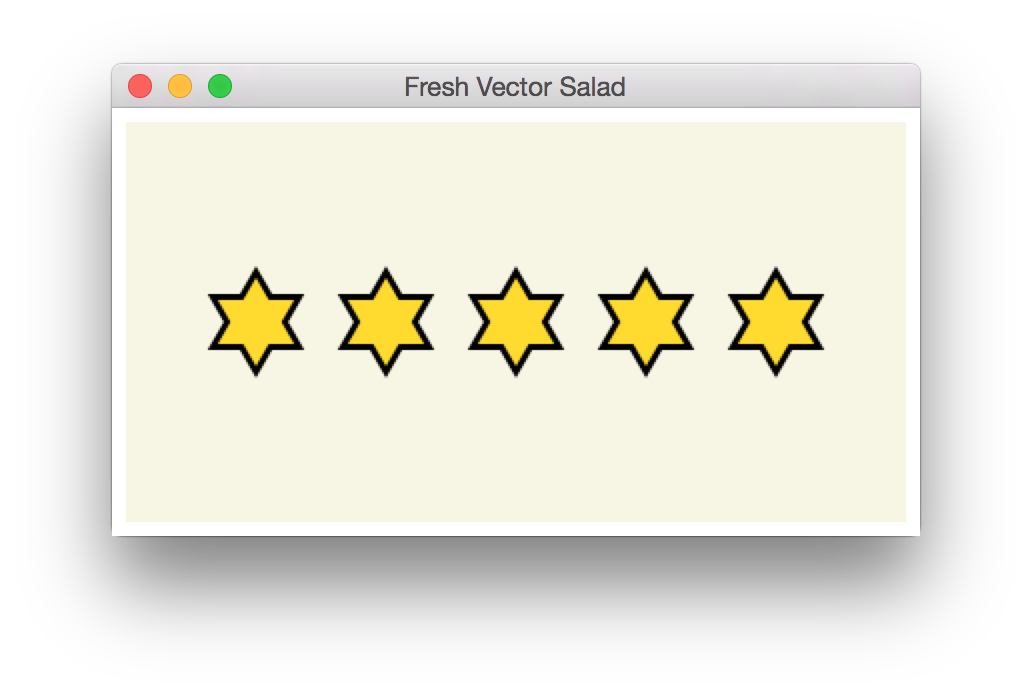 If you leave fresh_vector_salad running, try changing the design file, e.g. making the stars green. When you save, fresh_vector_salad will automatically detect the change, re-compile and display the new result. This makes doing "live" design with VectorSalad quick and easy.

Further information on the usage of these command line tools can be found by running them with the --help flag. Further examples can be found in the examples folder.

The test suite is automatically generated from examples for integration testing. Here's how it works. Each example in the /examples folder was manually created, run, and visually inspected for correctness (both the image and SVG output). The test suite re-runs all of the examples comparing the new SVG output with the old expected output to make sure nothing has changed.

The whole suite can be run with rake test or just rake. They should all pass, of course. You can see more details including execution time with rake test TESTOPTS="-v".

Several of the examples use randomness. If you re-run those examples then the output will change each time, this is expected and great for demos. You must not commit this changed output though as the corresponding test will then fail. When the examples were initially created and when running the tests randomness is seeded to 1 (srand 1) so that they don't change. If you do need to change behaviour or add an example using randomness, please add srand 1 at the top of the example, run it, then remove the srand line.